Because only one uplink frequency can be active at a time, the use of the Mode-L uplink will be limited to experimental periods announced in advance.

Fox-1Cliff carries the flight spare of the AO-85 Vanderbilt University Low Energy Proton (LEP) radiation experiment, and the standard Fox-1 Penn State University–Erie gyroscope experiment. Virginia Tech provided a VGA camera which is the same as AO-92 but will provide images at a higher 640 x 480 resolution. These non-SSTV images will be decoded in the FoxTelem software.

Fox-1Cliff, unlike the other three Fox-1 FM spacecraft, does not have an active AFC on the uplinks.

Fox-1Cliff’s Subaudible Telemetry (low-speed telemetry) will be the same as for AO-85, AO-91, and AO-92. It will be supported by the same FoxTelem software already released.

As with AO-92, a high-speed mode will be used to support the Virginia Tech VGA camera experiment.

This mode will be active for 40 minutes by ground command before reverting to standard U/v transponder voice operation.

Fox-1Cliff is named in honor of long-time AMSAT member, contributor, and benefactor Cliff Buttschardt, K7RR (SK), who passed away in 2016. Cliff’s contributions to AMSAT and other amateur satellite programs, including serving as an adviser during the initial development of the CubeSat specification at California Polytechnic State University, earned him the Lifetime Achievement Award from Project OSCAR in 2006.

[ANS thanks Jerry Buxton, NØJY, AMSAT Vice-President Engineering for the above information]

AMSAT and ARISS are currently supporting a FundRazr campaign to raise $150,000 for critical radio infrastructure upgrade on ISS to enable students to talk to astronauts in space via amateur radio.

ARISS is in critical need of the infrastructure upgrade to ensure that programs like talking in space using amateur radio can continue. Through your donations ARISS seeks the following upgrades:

+ Next Generation radio system will support easier radio mode transition, to enable new, exciting capabilities for hams, students and the general public including:
* New amateur radio communication and experimental capabilities, including an enhanced voice repeater and updated digital packet radio (APRS) capabilities
* Slow Scan TV (picture up and downlinks) in both US and Russian segments of ISS

Donations are fully tax deductible within the USA as AMSAT is A 501(c)(3) organization. 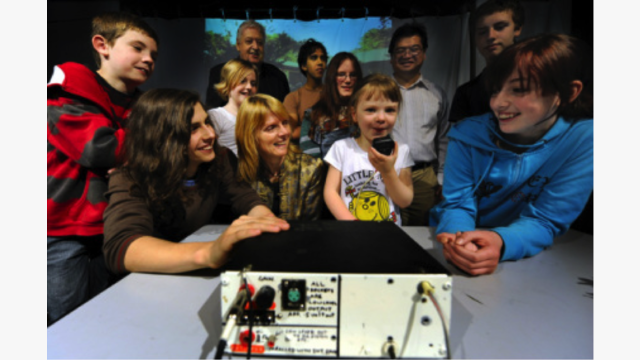 As a result of the 2018 Board of Directors Election, Tom Clark,  K3IO; Mark Hammond, N8MH; and Bruce Paige, KK5DO; will serve on  the board for two years.

The First Alternate is Peter Portanova, W2JV. The Second Alternate  is Scott Harvey, KA7FVV. Both will serve for a term of one year.

The results of the voting with 698 ballots cast are as follows:

[ANS thanks Martha Saragovitz, Manager and Clayton Coleman, W5PFG,
Secretary for the above information]