The AMSAT Engineering and Operations Teams are pleased to announce that AO-109 (RadFxSat-2/AMSAT Fox-1E) is now open for amateur use. Users are advised to use efficient modes such as CW or FT4 for making contacts, since issues with the satellite make SSB voice contacts challenging at best.

Please see the May/June 2021 issue (Vol. 44, No. 3) of The AMSAT Journal for an article by Burns Fisher, WB1FJ, and Mark Hammond, N8MH, detailing the various attempts to characterize AO-109 and its apparent problems.

On behalf of the Engineering and Operations Teams– 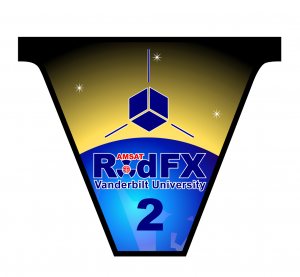 Testing and characterization of RadFxSat-2/Fox-1E continues.  After user reports and additional verification that the linear transponder is at least partially functioning with a low level downlink signal, the Engineering and Operations teams worked to identify which satellite, or Object, orbited from the Virgin Orbit Launch Demo 2 is actually RadFxSat-2/Fox-1E.   Several objects have been suspected (D, C, and M), with Object C being suggested recently by Drew Glasbrenner, KO4MA.  Recently, these satellites have sufficiently spread apart to allow testing to determine which object is RadFxSat-2/Fox-1E.

During the 2 Feb 2021 0240 UTC passes, command station Mark Hammond, N8MH, compared Objects D, C, and M for the “best fit” for received signals with Doppler correction on both the uplink and downlink frequencies for each of the candidate objects.  Objects D and M were quickly eliminated from further consideration, due to poor frequency predictions of Doppler correction compared to observed signals. The clear best fit is Object C, which is known OBJECT C, INTELDES 2021-002C, and NORAD CAT ID 47311.   Therefore, AMSAT is happy to identify Object C/2021-002C/47311U as RadFxSat-2/Fox-1E.    Thank to Alan Biddle, WA4SCA, for support during the identification.

It should be noted that 18 SPS has not yet approved the identification for cataloguing.  Final determination of the object assignment comes from the squadron.

The Engineering and Operations teams appreciate the community’s cooperation thus far and affirm the request that users do not attempt to use the transponder until further notice.  The proper identification will allow further characterization of the satellite’s condition through additional testing.

On behalf of the Engineering and Operations Team,

Thanks go to W5SAT, who applied the amateur radio spirit of exploration and innovation to helping find out “what’s up?” with RadFxSat-2.

We appreciate his work and immediately applied it to our processes as we discover/recover RadFxSat-2.

Why was it not heard or found week ago?  There could be an unexplained behavior such that it could not and was not able to occur until the other day.  Our stations attempted transponder use under various conjectured and commanded states throughout this period as part of the exploration of the anomaly, but did not detect any signals.  They were able to confirm their signals the night of the 27th.

Following that we turned attention to the beacon, as you know.  We have not discovered the beacon yet and we have contacted some top class “big gun” stations, asking for their help.  The signal will obviously be pipsqueak and may not even be there.  The drive to find it, or if it is not detected then to take possible actions to activate it, is the information in the telemetry that is paramount to knowing through satellite data exactly what is going on.  We asked you that the transponder not be used because any power to signals in the transponder downlink is power stolen from the beacon strength.  We have asked everybody to listen, as from the beginning, to help find it and find status and solutions faster.  It may sound boring or useless but it is at the heart of every satellite launch and commissioning phase and perhaps the biggest part the general satellite community can play in the lifetime of the satellite.  The payoff is important to all of us, and I invite anyone to join the hunt and share in the enjoyment of – whatever happens.

I can’t say what we will be doing tomorrow for sure, we will be looking for any reports and telemetry as more and larger stations join and because we have seen behavior that is not clearly understood.  Procedures and conclusions that are not carefully thought out could result in losing what we have now.  It is comparable to NASA taking careful time in dealing with anomalies (barring safety-related issues).  Very importantly, we will be watching to see if anyone captured anything at all from the telemetry in the beacon.  All you have to do is hunt and catch one frame and you are a hero in this game.  Your help is greatly appreciated.

Unless there is some big news over the weekend, I expect that Monday evening would be the next opportunity for a short update, time permitting.

On January 27th, Brad Schumacher, W5SAT, reported copying his CW signal weakly via the RadFxSat-2 transponder. On the morning of January 28th, AMSAT Engineering and Operations confirmed these reports and determined that RadFxSat-2 is partially functioning, though signals are extremely weak. AMSAT thanks W5SAT for his report.

We also appreciate those who joined in determining whether they could detect their own or other signals in recent passes today.

At this time it is essential and we ask you: Please do not attempt to transmit through the transponder until further notice. This is very important to the next steps we are taking now.

The next crucial step in evaluating the condition of RadFxSat-2 is to determine whether or not the 1200 bps BPSK telemetry beacon is operating and, if possible, copy telemetry from the beacon. We ask that everyone with 70cm receive capability listen to the beacon frequency of 435.750 MHz (+/-) Doppler, upper sideband (USB). Use FoxTelem with your receiver in order to tune and capture any telemetry you can. Also make sure FoxTelem is set to “Upload to server” so that we receive your telemetry data. If you capture a good IQ recording on SDR, please send a detailed description of your recording to foxtelem at amsat.us. We may respond with a request for your recording and details on how to transfer it to the AMSAT Engineering team. Please understand that keeping the transponder clear is essential to putting all power and attention to the beacon telemetry.

We thank the amateur satellite community for their perseverance and assistance while the AMSAT Engineering and Operations teams work to understand and resolve the situation with RadFxSat-2.