Originally, The FOX program consisted of two basic components.  Fox-1 was conceived as a “starter” project consisting of a series of 1U spacecraft with capabilities similar to the popular AO-51, to be launched as quickly and cheaply as possible.  This was to be followed by Fox-2 spacecraft which would have been larger and with significantly greater flexibility and capabilities.  However, as experience was gained and new technologies and launches became available, it seemed more appropriate that the next generation be given its own designation.  Traditionally AMSAT has called spacecraft before launch by a letter, to be replaced by an AMSAT OSCAR number after launch.  Just as Foxtrot, shortened to Fox, is the phonetic for the letter F, Golf was adopted for the G series. Conveniently, GOLF is an acronym for: “Greater Orbit, Larger Footprint.” 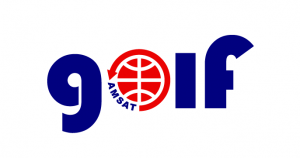 The goal of the GOLF program is to work by steps through a series of increasingly capable spacecraft to learn skills and systems for which we do not yet have any low-risk experience.  Among these are active attitude control, deployable/steerable solar panels, radiation tolerance for Commercial off the Shelf (COTS) components in higher orbits, and propulsion.

The first step is to be one or more Low Earth Orbit (LEO) satellites similar to the existing AO-91 and AO-92, but with technologies needed for higher orbits.  With proven technologies, an interim high LEO or Medium Earth Orbit (MEO) satellite would follow on.  The eventual goal is a High Earth Orbit (HEO) similar to AO-10, AO-13, and AO-40, but at a currently affordable cost combined with significantly enhanced capabilities which in turn will allow the use of much less complex ground stations.

They are expected to have the following common elements:

The first element has been given the designation GOLF-TEE, with TEE standing for “Technology Exploration Environment.”  The illustration shows a preliminary concept.  While a fully functional LEO V/u amateur satellite with conventional backup systems, essentially those of Fox-1E, two primary systems needed for higher orbits will be developed and tested.  First, an Attitude

Determination and Control (ADAC) system will be tested to allow active pointing of the satellite’s antennas which will have significant gain.  Second, a deployable solar array which will allow significantly greater power to be generated than is possible with solar cells attached to the sides of a small spacecraft.  While not technically necessary or primary, a Software Defined Radio (SDR) is the only way to obtain high flexibility in a constrained package.  A modified commercial SDR, the Ettus E310, is planned as an experimental package to allow a
1 Mbps downlink in the 10 GHz band.

NASA recommended GOLF-TEE for participation in the CSLI, but this does not include a commitment to a specific launch.  The requested orbit will be for a 600 km altitude, with an inclination between 63 degrees (AO-85) and 98 degrees (AO-91 and AO-92.)  While this orbit easily complies with the FCC requirement that a satellite reenter (or be boosted to a higher “disposal orbit”) within 25 years of the final mission, a test device will be included to prepare for later, higher missions which will require active measures to comply with debris mitigation constraints.  Target delivery/integration date 2Q 2021, launch as early as 1Q 2022.

The second element, GOLF-1, also approved by NASA without a specific launch, will build on technology and lessons learned from the GOLF-TEE mission.  However, it will be a return to the primarily educational mission, including a Vanderbilt University radiation experiment and a high school imaging experiment in collaboration in collaboration with Virginia Tech.  It will have its roots in the Virginia Tech imaging experiment flown on AO-92 and AO-95.  While not yet fully defined, the primary radio will be SDR, and should have a range of uplink and downlink frequencies, including microwave bands.  Targeted delivery is 4Q 2021.

Updates on the progress of GOLF-TEE were presented at the 2020 AMSAT Symposium and published in the 2020 Symposium Proceedings.

The successful completion of the GOLF program will require significant funding. Please consider a donation today.