Every time a CubeSat gets launched, there is some confusion on what TLEs should be used.   This is the result of the process of launching a new amateur CubeSat with other CubeSats, often several dozen at a time.  We then start the  process of determining which object in a “flock” of CubeSats  is associated with a particular spacecraft.

Pre-launch TLEs that are calculated based on the expected orbit are usually supplied by the launch provider. Pre-launch TLEs are used until post-launch TLEs (for the group of objects that your satellite is in) are released from the US Department of Defense Joint Space Operations Center (JSpOC) based on observations made with cameras and radars.

There is a a 5 to 10 day period of tracking a group of CubeSats until they separate enough to isolate the one of interest. By observing the Doppler shift on transmissions from a particular satellite against the calculated Doppler shift from all candidate object TLEs, we can positively associate an object with a particular satellite. In the case of AMSAT satellites, we then advise JSpOC which object number is “ours”.

Finally, an individual satellite and its associated TLEs are determined and we settle down to an single, accurate, reliable set of TLEs … and all the other “best guesses” go away, although they may be still floating around on the Internet. But, there are so many variables  – did you launch on time, did you get released on time, has the group your CubeSat is in separated enough to identify your satellite, etc. that the process that can be both confusing and annoying at the same time.

AMSAT strives to minimize confusion when distributing TLEs.  Dummy object numbers are used for pre-launch TLEs since final object numbers cannot be assigned yet.    Immediately post launch we may post candidate objects with generic names like “OBJECT C”.    Finally, when positive association between an object number and a spacecraft is made, we will use the common name of the satellite.   We always recommend using TLEs from the Keps mailing list or the current bulletin or bare elements from the AMSAT web site.

​I am releasing version 1.06 of FoxTelem today.  This release addresses several defects and instabilities in FoxTelem 1.05 and earlier.  It also introduces a new Earth Plot that allows any telemetry value to be plotted as a heat map against a map of the earth.  For more details about the Earth Plot and some example plots, you can read a quick tutorial that I have written here:
http://www.g0kla.com/workbench/2018-01-26.php

As always, let me know if you see any issues or log them on Github at https://github.com/ac2cz/FoxTelem/issues

KEY CHANGES
~~~~~~~~~~~
* EARTH PLOTS allow you to plot any telemetry value as a heat map on a map of the earth
* Allow graphs and telemetry results to be searched with UTC dates and for ranges of uptime/dates
* Allow stepping through the telemetry with up/down arrows
* Prevent hang when decoder starts if FCD returns an error
* Fixed bug where TLEs were not updated in the name is changed in the spacecraft settings window
* Fixed crashes introduced in 1.05 release
* Display all HERCI High Speed payloads when Raw Byte Payloads shown.
* Fix bug where missing TLE disables spacecraft from being tracked at all
* Fixes bug where DDE connection to SatPC32 fails with European decimal point format
* Add MPPT calibration values for Fox-1D
* Improved the RF signal measurements
* Improved the Find Signal algorithm
* Space graph labels more evenly
* Put the spacecraft tabs in FoxId order

You can download the latest version of the program from:

On the 03:25 UTC pass on January 26, 2018, AMSAT Vice President – Engineering Jerry Buxton, N0JY, announced that AO-92 had been commissioned and formally turned the satellite over to AMSAT Operations. AMSAT Vice President – Operations Drew Glasbrenner, KO4MA, then declared that AO-92 was now open for amateur use. Audio of the handover and first operational pass can be heard here:

Schedule updates will appear in the AMSAT News Service Weekly Bulletins and will also be posted to the AMSAT-BB, AMSAT’s Twitter account (@AMSAT), the AMSAT North America Facebook group, and the AMSAT website at https://www.amsat.org/satellite-schedules/

AO-92 was launched on the PSLV-C40 mission from Satish Dhawan Space Centre in Sriharikota, India on January 12, 2018. For the past two weeks, the AMSAT Engineering and Operations teams have been testing the various modes and experiments on board. Testing has shown that both the U/v FM transponder and L-Band Downshifter work very well. The Virginia Tech camera has returned stunning photos and data from HERCI has been successfully downlinked.

AMSAT thanks the 178 stations worldwide that have used FoxTelem to collect telemetry and experiment data from AO-92 during the commissioning process. The collection of this data is crucial to the missions of AMSAT’s Fox-1 satellites. Please continue to collect data from AO-85, AO-91, and AO-92. 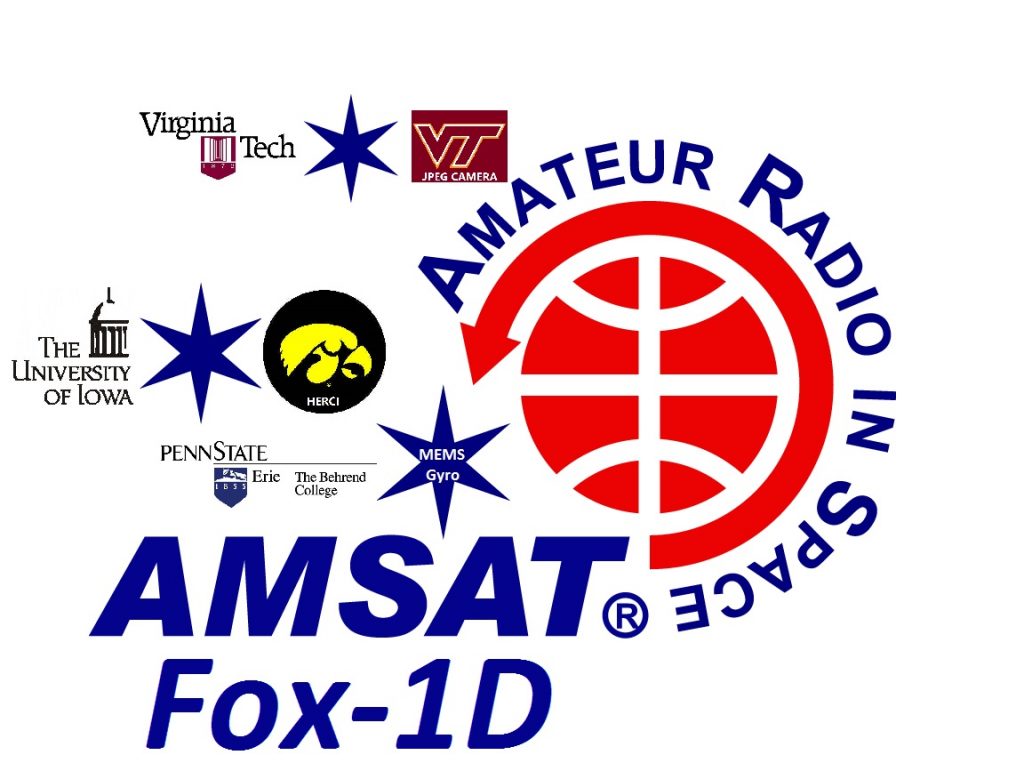 AMSAT’s Director of Contests and Awards Bruce Paige, KK5DO, solicited photos to be used on the certificate for the new AMSAT Rover Award. The four finalists are listed below. Please select your favorite. The top vote receiver will be used on the award certificate. Deadline to vote is January 29, 2018 at 23:59:59 UTC.

This poll is no longer accepting votes