On November 15, 2018, Es’hail-2/P4A was launched on a Falcon 9 launch vehicle from the Cape Canaveral Air Force Station Space Launch Complex 40 in Florida. Es’hail-2/P4A was developed jointly by QARS (Qatar Amateur Radio Society) and Es’hailSat (the Qatar Satellite Company), with AMSAT-DL as the technical lead, and is the first geostationary amateur radio payload. The satellite has reached its final position at 25.9 °E, and the narrow and wideband transponders were successfully tested on December 23rd. The transponders are expected to be opened for general use in February 2019.

At the request of AMSAT Deutschland e.V., QARS, and Es’hailSat, AMSAT hereby designates Es’hail-2/P4A as Qatar-OSCAR 100 (QO-100). May the
100th OSCAR satellite be the guide star to future amateur radio satellites and payloads to geostationary orbit and beyond. 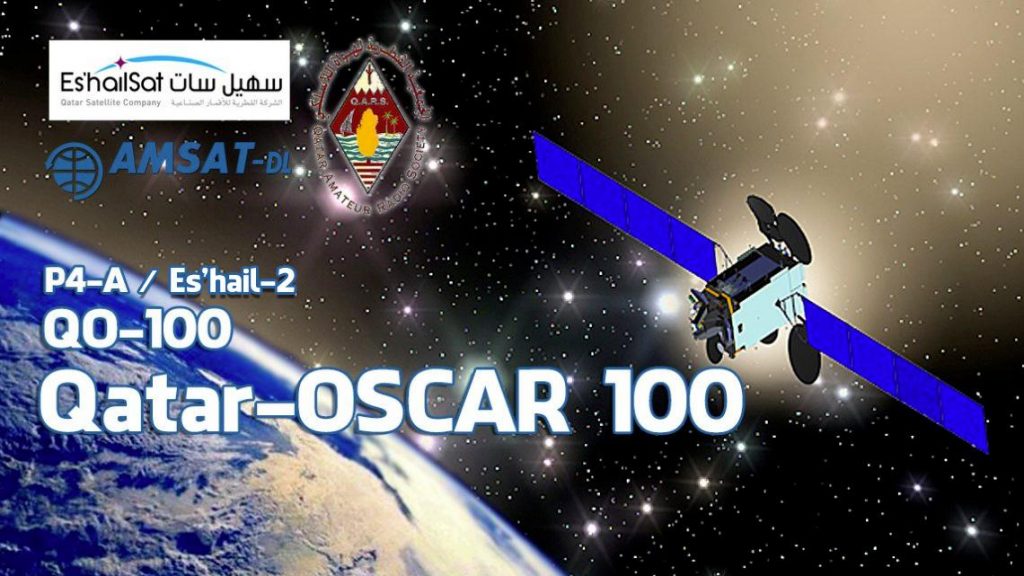