On January 18, 2019, NEXUS was launched on an Epsilon launch vehicle from the JAXA Uchinoura Space Center in Japan. NEXUS (NExt generation X Unique Satellite) is a satellite developed jointly by Nihon University College of Science and Technology and the Japan Amateur Satellite Association (JAMSAT).

NEXUS demonstrates several new amateur satellite communication technologies, and includes a mode V/u linear transponder.  Telemetry has been received and decoded around the world since the launch, and the transponder was successfully tested on January 26th. More information may be found at http://sat.aero.cst.nihon-u.ac.jp/nexus/E0_Top.html

At the request of the Nihon University College of Science and Technology and JAMSAT, AMSAT hereby designates NEXUS as Fuji-OSCAR 99 (FO-99). We congratulate the owners and operators of FO-99, thank them for their contribution to the amateur satellite community, and wish them continued success on this and future projects. 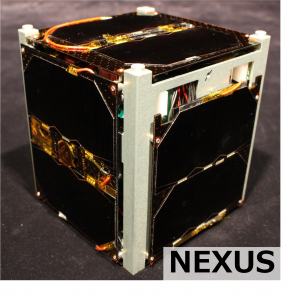 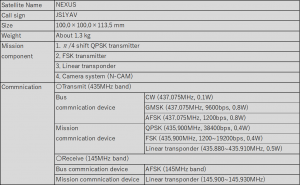