On July 25, 2019, the CAS-7B (BP-1B) microsatellite was launched on a Hyperbola-1 launch vehicle from the Jiuquan Space Center, China. 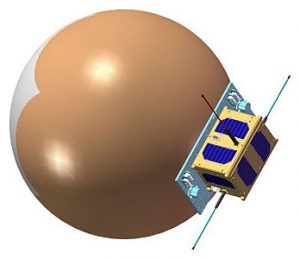 CAS-7B (BP-1B) was developed by the Chinese Amateur Satellite Group (CAMSAT), and in cooperation with the Beijing Institute of Technology (BIT). CAMSAT completed the project planning, design, build, and testing, and manages the on-orbit operation of the satellite. BIT provided the satellite environmental testing, launch support, and financial support. Many students from BIT were involved with the project, learning about satellite technology and amateur radio. The satellite carries a CW telemetry beacon and FM repeater that has been active since launch.

At the request of CAMSAT and the BIT team, AMSAT hereby designates CAS-7B (BP-1B) as BIT Progress-OSCAR 102 (BO-102). We congratulate the owners and operators of BO-102, thank them for their contribution to the amateur satellite community, and wish them continued success on this and future projects.