In response to a breaking opportunity, AMSAT and Spaceflight, Inc. have arranged for Fox-1D to accompany Fox-1Cliff on the maiden flight of the SHERPA system on a SpaceX Falcon 9. As a Fox-1 series, Fox-1D is identical to Fox-1Cliff, but with different frequencies and carrying the University of Iowa HERCI (High Energy Radiation CubeSat Instrument) radiation mapping experiment as a hosted payload. Fox-1D will provide additional selectable U/V or L/V repeater capabilities once in orbit, and will be capable of downlinking Earth images from the Virginia Tech camera experiment. Launch is currently planned for the first quarter of 2016. Additional donor support is needed to offset the costs associated with the launch of Fox-1D in addition to Fox-1Cliff. Please visit www.amsat.org to donate support this launch, and help keep amateur radio in space. 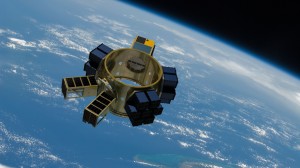 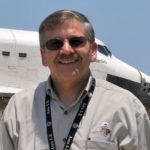 AMSAT-NA is pleased to announce that AMSAT-NA Vice President for Human Spaceflight Frank Bauer, KA3HDO, will give the after dinner talk at the Saturday Banquet. In addition to 36 years at NASA, he has been a longtime supporter of AMSAT and the Amateur Radio on the International Space Station (ARISS) program.  Please see Frank’s biography for more details.

“Making a Difference: AMSAT’s Contribution to Navigation and Timing in HEO/GEO Space and Its Profound Impact on Earth and Space Science”

In the mid-1990s, as an engineer at the NASA Goddard Space Flight Center, Frank Bauer, KA3HDO garnered funding and proposed a GPS reception experiment on the AMSAT Phase 3D satellite. The experiment was to measure the signal strength of the GPS satellite constellation while Phase 3D traversed in its High Earth Orbit. This information was critical to understand whether GPS could be practically used for Positioning, Navigation and Timing (PNT) at altitudes above the constellation as well as to map out the GPS satellite antenna patterns, including the side-lobe signals.

At the time, the GPS flight experiment flown on AO-40 was the most comprehensive data reception of GPS signals above the constellation. The AO-40 experiment was cited many times in aerospace literature as it remained the most comprehensive above the constellation data source for nearly a decade. AO-40 mapped the GPS vehicles main and side lobe signals. These results have led many, internationally, to develop weak signal GPS receivers to fly in HEO/GEO in an effort to extract as much navigation and timing data from GPS as possible.

As a result of the AO-40 experiment, the following has occurred:
* In 2006, GPS modified its specifications to protect the main lobe signal for above the constellation space users
* Global space agencies, including NASA, and commercial manufacturers have invested millions of dollars into weak signal tracking GPS receivers that can exploit GPS in HEO/GEO orbits
* Missions flown in the past 12 months have demonstrated game-changing PNT performance improvements through the use of GPS in HEO/GEO
* GPS main and side lobe signals are now routinely being used on many HEO/GEO space vehicles to improve their PNT performance
* Earth weather satellites at GEO will soon use GPS to predict hurricanes and observe severe storms, saving lives
* Space weather satellites are measuring the dynamics of the ionosphere, potentially protecting astronauts in space and enabling better prediction of ionospheric effects
* NASA is working with the GPS directorate on potentially modifying the GPS specification again, this time to protect the GPS sidelobe signals for users in HEO/GEO orbits.

The results from AO-40 have jump-started a profound and game-changing transformation in navigation at HEO/GEO altitudes. It is enabling new and exciting missions in these orbits. This represents a tremendous accomplishment for humanity and will result in saving countless lives. And AMSAT played a key role in making this happen.

Come to the AMSAT Symposium and hear about how AMSAT played a key role in this HEO/GEO transformation!

Please make your reservation for the 2016 AMSAT-NA Symposium and social activities including the Banquet on the AMSAT Store.