FUNcube-1, also known as AO-73, is a 1U cubesat (10cm x 10cm x 10cm) built and launched as a collaborative effort between AMSAT-UK, AMSAT-NL, and ISIS-BV. The primary function of the satellite is educational outreach, utilizing onboard experiments, an easy-to-copy 1200 baud BPSK beacon, an innovative SDR receiver (the FUNcube Dongle), and telemetry decoding, archiving, and display program (FUNcube Dashboard). While in eclipse the beacon reduces power, and a 20 kHz U/V transponder is activated. 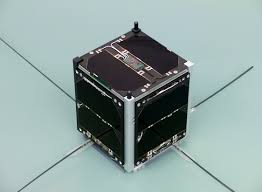