Despatch was given it’s Oscar number FO-81 (Fuji Oscar-81) it was announced.

It has been announced, that as of 3 January 2015, the ARTSAT-2 mission is at an end.  The batteries aboard the craft have run out.  The “Space Sculpture” will continue to live on as it orbits the Sun.  Radio Amateurs have been submitting reception reports since it’s launch.  The furthest were 2 reports at a distance of 4.7 million kilometers.

Despatch is an art project of the Tama Art University, Japan. This will be the second Art and Satellite Project, with ARTSAT-1 (CO-77 Invader), being the first. The satellite  launched on 3 December 2014 aboard an H-2A-202 launch vehicle, along with the Hayabusa 2 asteroid explorer as the primary payload, and PROCYON and Shin’en 2, from Tanegashima Japan.

The 50cm x 50cm x 45cm “sculpture” was developed utilizing a 3D printer. A containment vessel in the satellite will carry a CW beacon in the 435 MHz amateur radio band.

DESPATCH is expected to achieve a maximum distance from Earth of 3 million km about one week following launch. The satellite will not carry any solar panels and will be entirely battery operated, so a low transmit cycle will be needed to preserve maximum lifespan, which is expected to last 7 days, although since launch, DESPSTCH as exceeded it’s lifespan expectations.

The primary mission obectives are two-fold, artistic and technological:

The design and fabrication of a “deep space sculpture.”

This spacecraft-as-art-object will be equipped with an on-board computer (project code name: Morikawa 3) that’s been designed by the ARTSAT project for the extreme environment of the mission. An algorithm running in Morikawa, one that draws on readings from all of the sensors installed in the spacecraft, composes and encodes poetry reflecting not only the sensor data but the artist’s subconscious personality — a kind of “tele-creation” process. The poetry will be transmitted on the CW beacon.

The project team will be relying on the amateur community to help intercept and re-create the poetry sent back, as the 7watt CW transmitter will be a weak signal from space. Utilizing fragments intercepted they hope to piece the message back together.

The geometric model parameters needed for the sculpture’s 3D printing will feed into finite element analysis of the structural, thermal, and electromagnetic characteristics of this spacecraft, and will also be applied to general engineering analysis of the sculpture element so as to determine how much it might reduce signal strength from the antenna. This project’s fourth technical mission is performing on-board verification of 3D-printed parts of the space instruments, which could lead to a general increase in the degrees of freedom for the design methodologies of space instruments and manufacturing techniques. 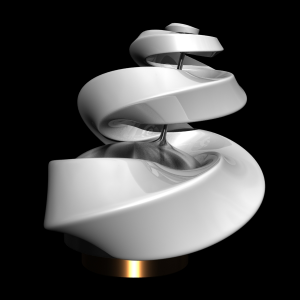 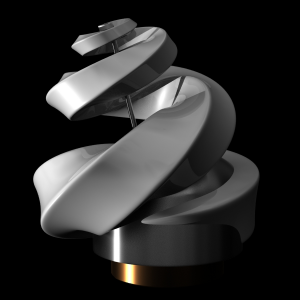 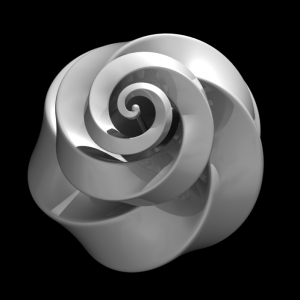